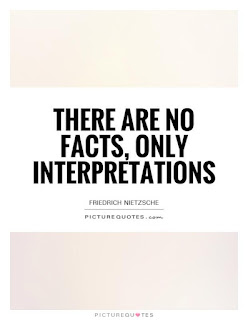 1. Human finitude: we are 'things' in nature like stones, wood and iron. Also, we are situated in a time and place, where we are now in our environment colors as well as limit our perceptions. Egs: Hindu caste > Hindu , Malay > Muslim, Thailand > Buddhist
Also, inertia > stability of beliefs and culture. General Stability is desired for human existence.
2. Boundless imagination or creative spirit: meaning and significance arise from a mind. Occasionally stability gets disrupted by an unusual event. Unusual or abnormal events arise from humanity's boundless creativity. Creativity reacts to accepted patterns of life and its understandings. Hence we witness conflicts.
Conflicts are inevitable when the old regime, to preserve its past and maintain present orthodoxy, confronts rebellions. Conflicts are discordant, unsettling and threatening, yet necessary for giving birth to new vitality.
For change, we need strained tension. Otherwise, inert nature will refuse to move.
3. Existence precedes essence: no pre-existing meaning for any event until we give it significance. A stone exists before it becomes precious. Raw iron exists before it is shaped into instruments.
We are born a biological matter before we consciously become a person, who belongs to a race within a society and culture. Our society and culture are shaped by the forces of history and extant politics.
--- Implications for historical understanding, theology, life's meaning
Our interpretive existence shapes historical understanding, religions and our sense of life's meaning.
1. History is nothing but selective perceptions of past events. We explain our past according to how we 'see' it. Employing current understanding and presently dominant values, we shape the past into an understandable tradition.
2. Theology is a historically situated discourse by religious persons. It is also embedded in a web of power relations. Power installs the 'right' theologians in the universities, seminaries and pastorates. Today we witness a conflict of liberal and conservative theologies as a sign of a shift in power. Theology, like all interpretations, is a communal understanding. Communities are formed by powerful forces inherent in its life.
Prior to the Reformation in the age of kings, salvation was dependent on the pronouncements of the Pope and the church's various rites. With reformation and its accompanying rise of democratic politics, individuals gained more independence and freedom from church's powers. Reformers don't need to submit to a centralized church authority for approval of their revolutionary theologies. Independent churches sprouted across the land, each teaching their own version of salvation. This revolution continues to grow more diverse even till our present days.
The power wielded by today's religion is expressed in its numerical growth and a symbiotic alignment with a dominant political party.
3. A search for only one ultimate meaning of life is psychologically futile. A religious person finds meaning in piety. Another secular person finds meaning in compassionate living. If we adopt a psychological description of life-fulfillment, then there are various possible versions. However, if we are seeking a universal statement that's outside variable human perspectives, we will not find this nonhuman perspective.
As Asma observes in his experience as a Jazz musician: "Improvising, in music, is the act of composing and performing simultaneously, and it is difficult to master. But it is also universal, and despite the powerful human impulse to plan and program, integral to nearly every aspect of our lives. No matter who you are — a welder, philosopher, a guitarist or a president — you are in some sense simultaneously making the map of your life and following it. It is not an exaggeration to say life itself is one long improvisation."
--- Relativism and conflicts of interpretation
Does hermeneutics lead to relativism? Yes and No.
Yes. Interpretative existence invariably leads to different ways of understanding. Each is 'true' to its adherents. 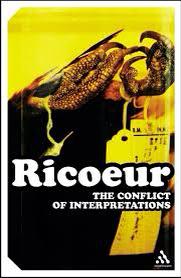 No. Some interpretations are more compatible with extant values and traditions. Some more conducive to human flourishing. Others get marginalized and rejected.
Can we escape relativistic interpretations? As Kant says we can never know the noumena, we only know the phenomena, which is already infinitely difficult things to get at.

Should we despair we can't attain pure Objectivity? Why not, instead, rejoice in diversity?
Improvise and live.
Inspired by https://www.nytimes.com/2017/04/10/opinion/was-bo-diddley-a-buddha.html?mabReward=A1&recp=1&action=click&pgtype=Homepage&region=CColumn&module=Recommendation&src=rechp&WT.nav=RecEngine&_r=0
Posted by Unknown at 23:59